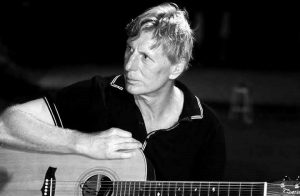 In May 2014 Dubai lost one of its real characters, Simon Fowler, who passed away at the much-too-early age of just 53. Cricketer, rugby player, cyclist, guitarist, businessman, and above all a great family man, Simon devoted much of his time to raising money for charity through his band Suburban Voodoo, and coaching youngsters at his beloved sport of cricket. Cricket was so dear to him that Simon and his wife Dee named their two daughters Lara and Courtney, after two famous West Indian cricketers.

Simon played for Darjeeling Cricket Club for over 20 years, and to honour his memory and support his favourite cause, Medecins Sans Frontieres (MSE), we staged a 24-hour Cricket Marathon on November 20-21, 2014. This calendar forms part of the overall effort, and was inspired by the calendar of Extreme
Cricket produced by Threlkeld Cricket Club in England’s Lake District to raise funds for repairs to their ground after it was devastated by floods.