After having been asked by CSE to be ready to play at 3:15pm Ajman Time, DCCc dads scrambled from all parts of Dubai  and most made it to the ground in time only to find that the opposition were still on Sharjah time and arrived at 3:45. The boys have learned well from the seniors and invoked DCC Law #1 and padded up…… 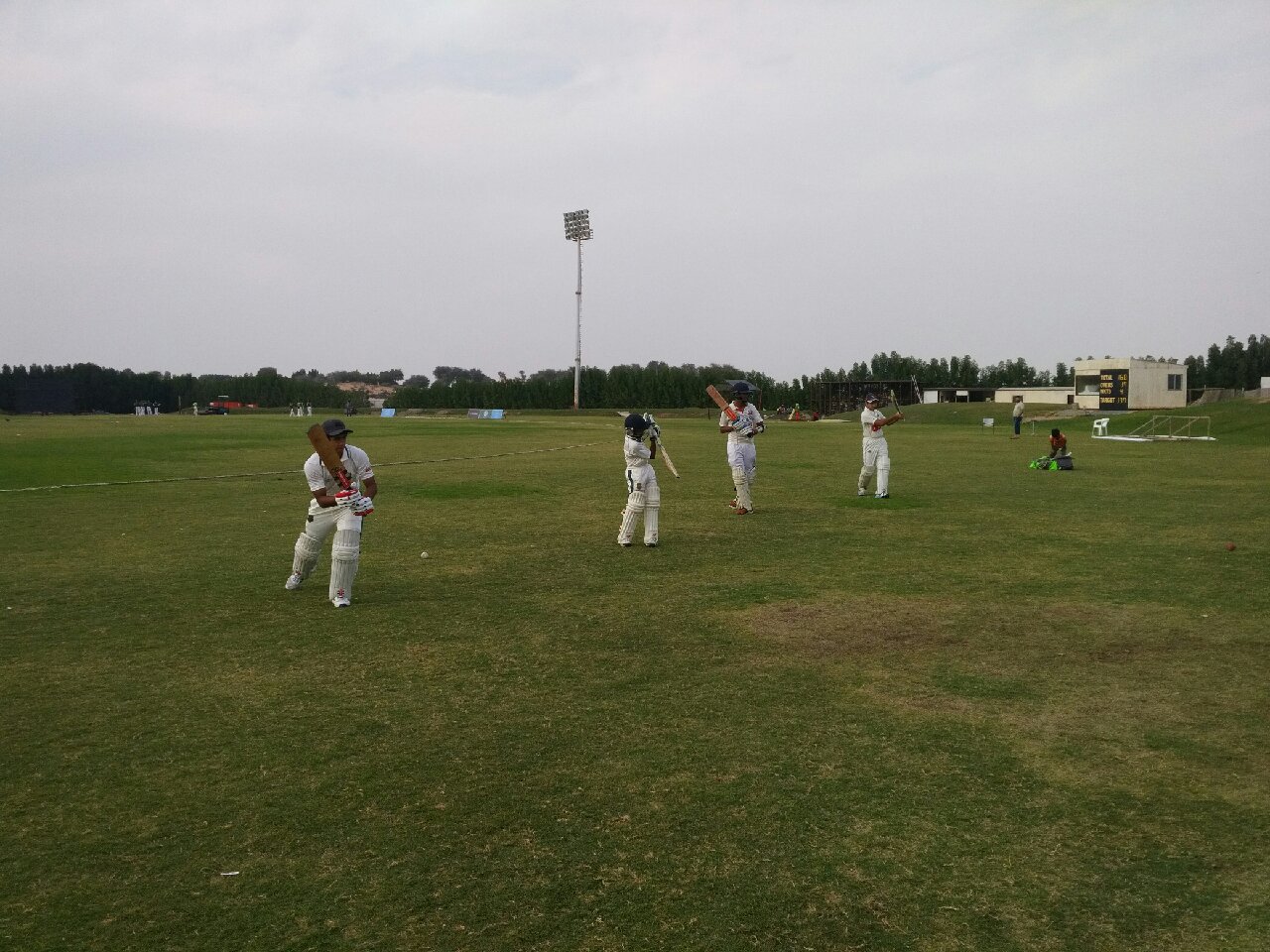 The openers Thomas and Yash made a steady start, until Yash was trapped in front for 8. Thomas was met by Rithik and took the score along to 38. Losing another quick wicket DCCc were looking shaky and 3/44 off 9. An excellent 95 run partnership between Yahya (59 off 43) and Rohan (46 off 40), steadied the side and gave us a glimmer of hope of posting a competitive score. With some good running, lusty hitting and unselfish batting by the tail Kai, Chris, Aryan and Ryan, DCCc finished at 8/172 from 25.

CSE got off to a flyer, with one of the openers smashing all bowlers to all parts, with some very impressive strokes. Having put on almost 40 before losing the first wicket CSE looked the goods. DCCc didn’t help matters by dropping 5 catches. Having broken the opening stand DCCc managed to pull scoring rate back and were able to build some pressure and pick up a few more wickets. Aryan and Yahya slowed thing down with some tidy off spin and Joe picked up a couple of wickets including a smart stumping by Kai. It was still anyone’s game with CSE needing 50 off 5. A couple of crucial run outs, very good catches by Ryan in the deep and  tight bowling at the death ensured DCCc were able to enjoy a well-earned BBQ proudly sponsored by Dr Jaco’s Dental Studio.

Special thanks to Munish who broke all Thursday night land speed records to get from Sports City to Ajman by 4pm and walk straight on to Umpire for 50 overs. Jaco for finally getting off the phone in time to cook the snags and burgers….. Rob and Omar for supporting from the side lines, CSE for the game and all the parents who support the boys. 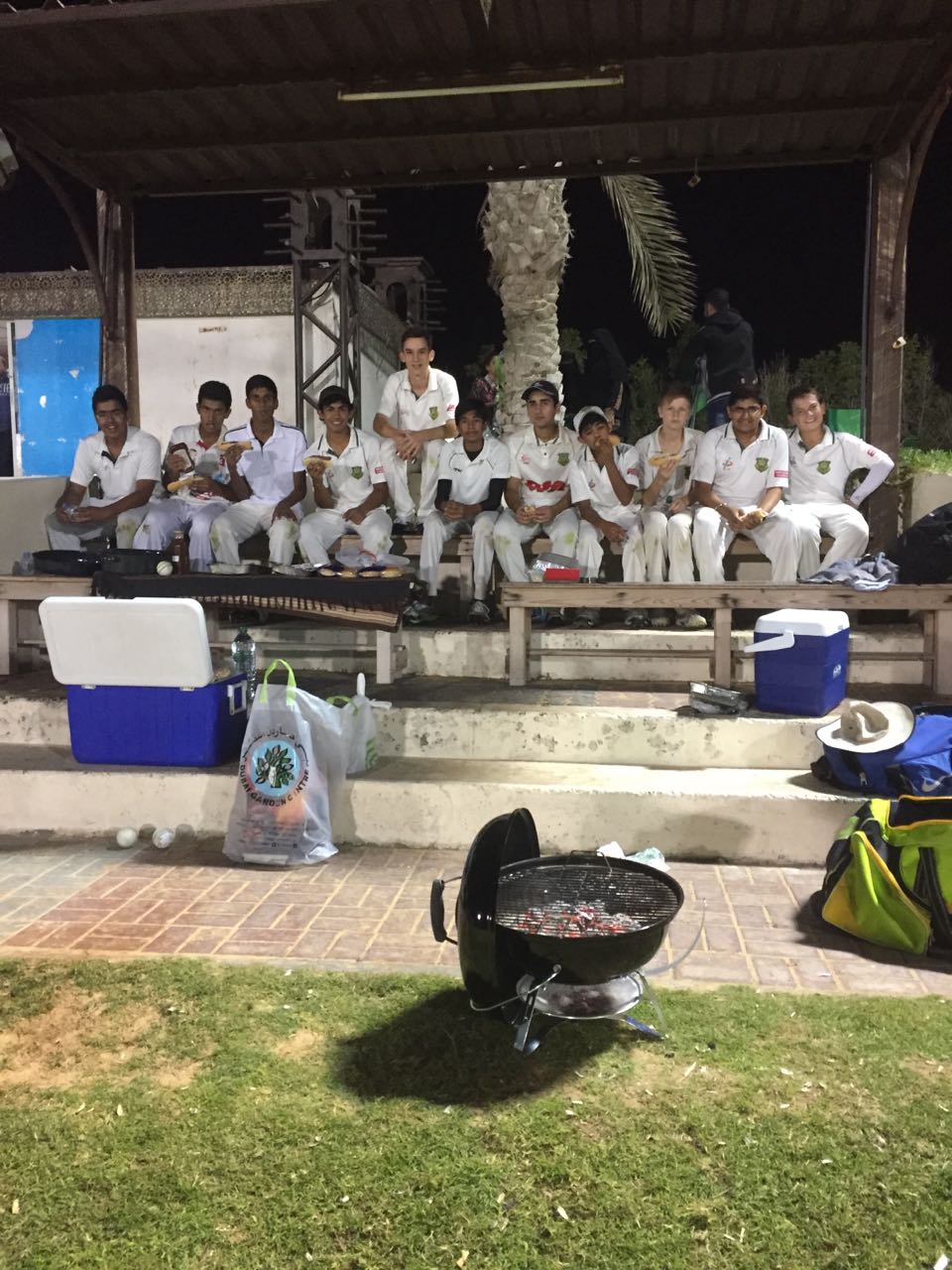 A good result for the colts.